The money will go towards funding the education within apprenticeships in the UK.

Who will be affected?

The tax will be based on 0.5% of your pay bill. There will be an allowance of £15,000 for all employers. This means that you will only start paying tax if you have a pay bill over 3 million per annum.

So your tax will be:

Some employers will be liable to pay the levy in some periods and not in others. The calculation will take this into consideration and make sure that you are paying the correct amount of tax. This would apply to a seasonal business that would have a higher pay bill at certain times of the year. An example of this fluctuation can be seen in the EOY totals screen below.

Processing within the QTAC software

The apprentice levy will need to be activated in the software when your pay bill gets close to 3 million, or if you anticipate that the pay bill will be over 3 million. You can activate it in the ‘Company > Company Maintenance > Tax and NI’ screen:

If you have a split PAYE scheme you need to tick the “Split PAYE Scheme” box in company maintenance. When this is done you have access to the “AL Annual Allowance” box shown above. This will allow you to define how much of the allowance you are using within this company. 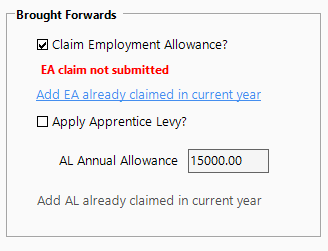 If you activate the levy by mistake or believe that you are having deductions when you shouldn’t, there’s no need to worry as the software will calculate the levy in each pay period. If you pay levy in month 1 and then do not actually have a pay bill over 3 million by the end of the year then you will receive a refund during the year. 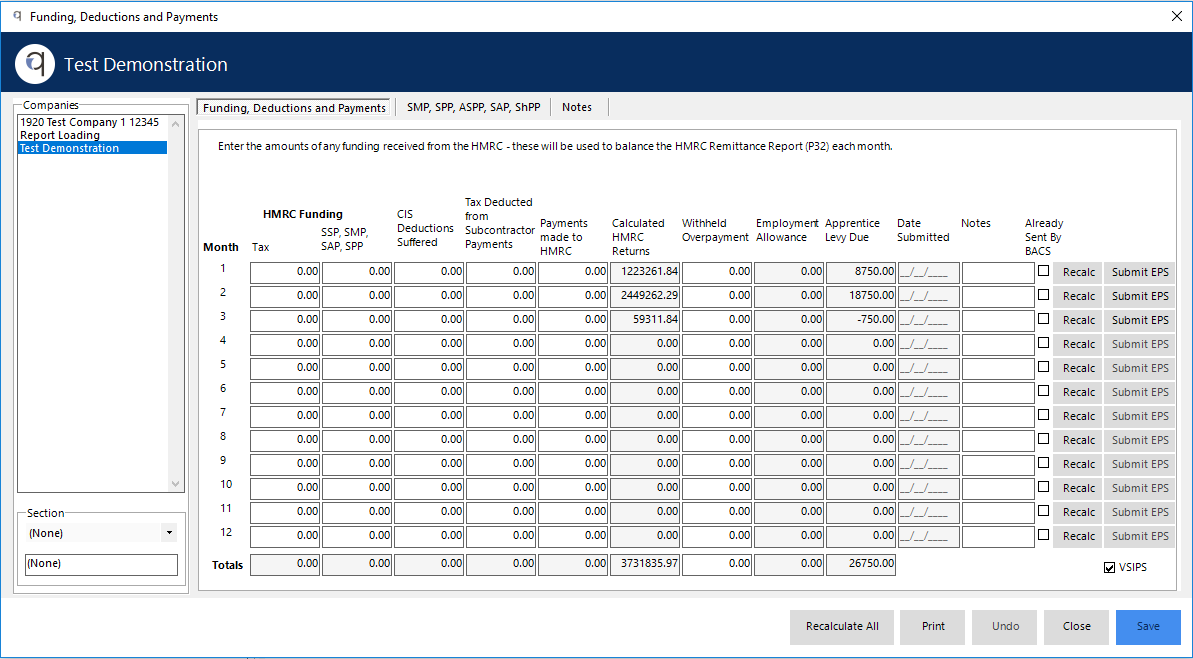 Once activated the software will calculate the levy on the P32 report. If your pay bill, in any given period, exceeds the year to date allowance up to that period then you will have the levy added to the P32.

You can view the deductions that you have had for the levy in the ‘EOY Totals’ screen. This can be viewed in ‘Company > EOY Totals’. This screen shows you the deduction or refund that has been made in each period in the ‘Apprentice Levy Due’ column.

When calculating Apprentice Levy for multiple split PAYE schemes or linked companies, you can split the allowance amongst them. To do so, if you go to Company Maintenance > Tax and NI and overwrite the ‘AL Annual Allowance’ (although this field appears yellow, it is possible to adjust the amount).

If a company is operating a split PAYE scheme, the apprentice levy must only be reported to HMRC via one of the companies.

All companies are operating within QTAC

If all of the relevant companies operating under the split scheme are within QTAC, then this will be handled automatically, providing the ‘Split PAYE Scheme’ checkbox is checked within Company Maintenance for each company.

First a P32 report should be ran in all companies for the appropriate month. One company should be designated as the primary company, which the reporting to HMRC will be handled with. In this company, submit an EPS and the QTAC software will automatically group the apprentice levy payments from each company into one submission.

Companies are operating amongst multiple systems

If the relevant companies are split amongst multiple payroll operators/systems, then the figures will need to be manually combined and entered into the product (if the decision has been made to submit reporting from QTAC).