A parent who loses a child under 18 or stillbirth after 24 weeks of pregnancy will be able to receive 2 weeks’ leave and statutory bereavement pay.

The payments can be taken as two separate weeks given they are taken within 56 weeks of the deceased date of the child.

Bereavement pay can be added in absence recording by selecting SBP. 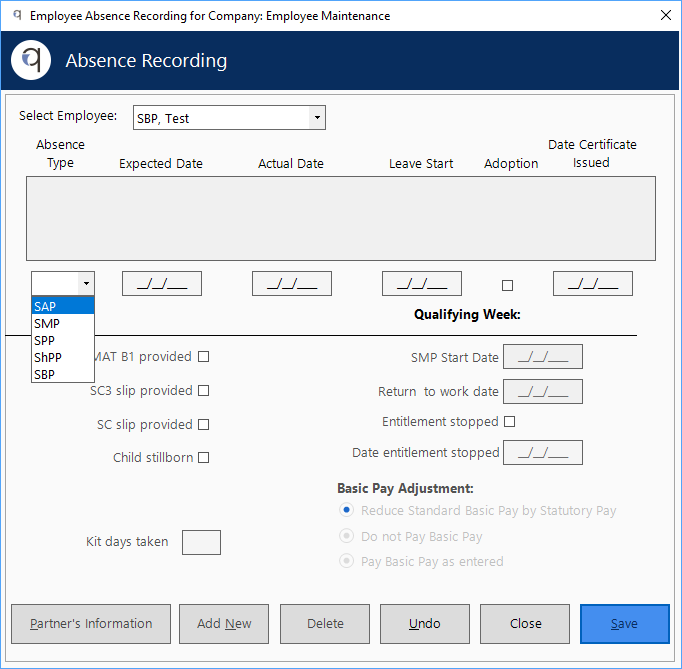 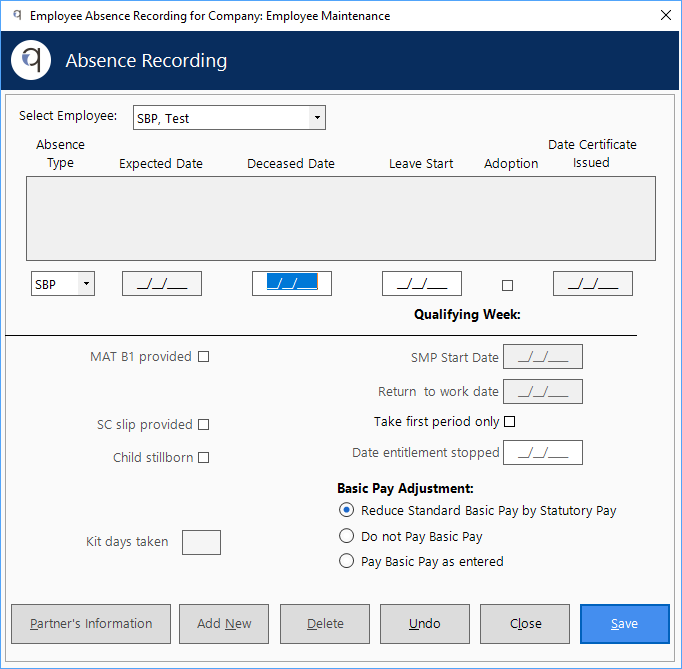 To add a bereavement absence a deceased date and a leave start date will need to be entered.

There is also the option to take both weeks of bereavement in one period or to split them up. This can be done with the 'Take first period only' checkbox.

No proof of death is required for Qtac to set up SBP, so once it has been set up in absence recording the employee is able to be paid.

SBP will automatically be added into pay changes in the first period after the leave start date.

If the employee is not paid in the period as expected then errors can be found in pay changes. The un-payable absence will show up in red and will have 'SBP Not Payable' ticked. The validation message can be found below. 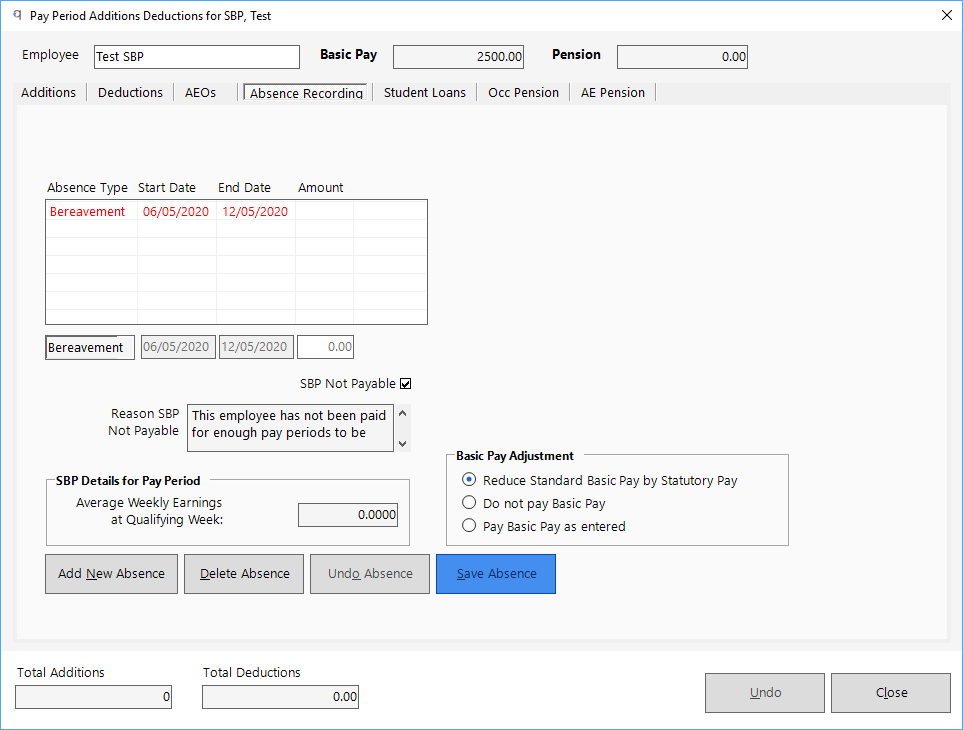 As long as the employee is eligible for SBP then they will be paid. 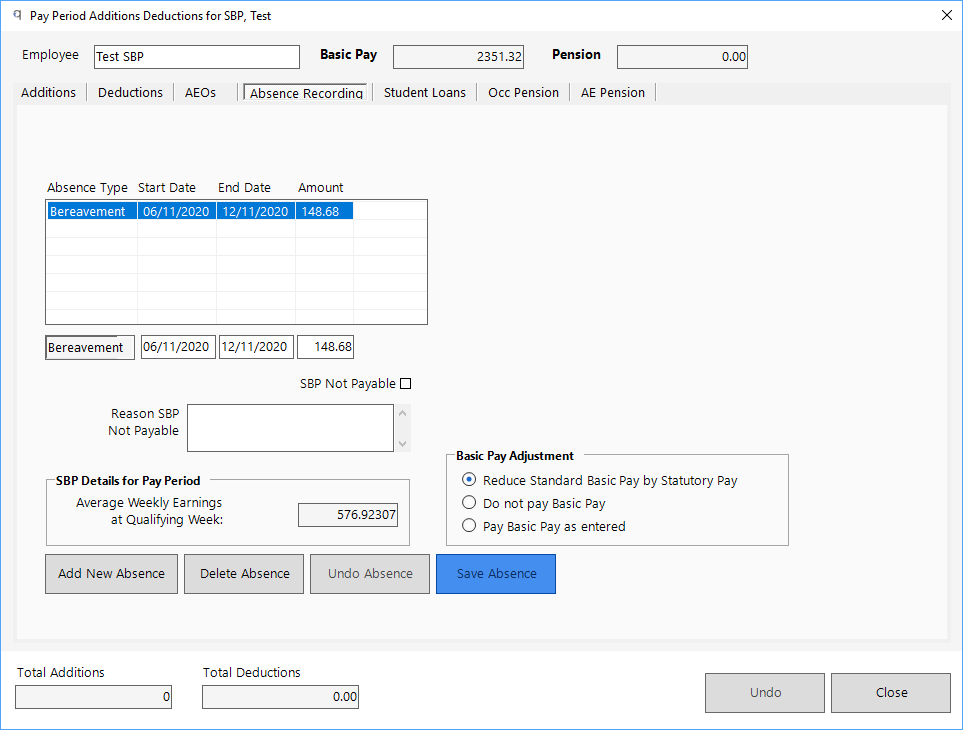 If SBP is being taken as two separate weeks then during open and pay the user can manually add a bereavement absence, given the employee has SBP set up in absence recording. 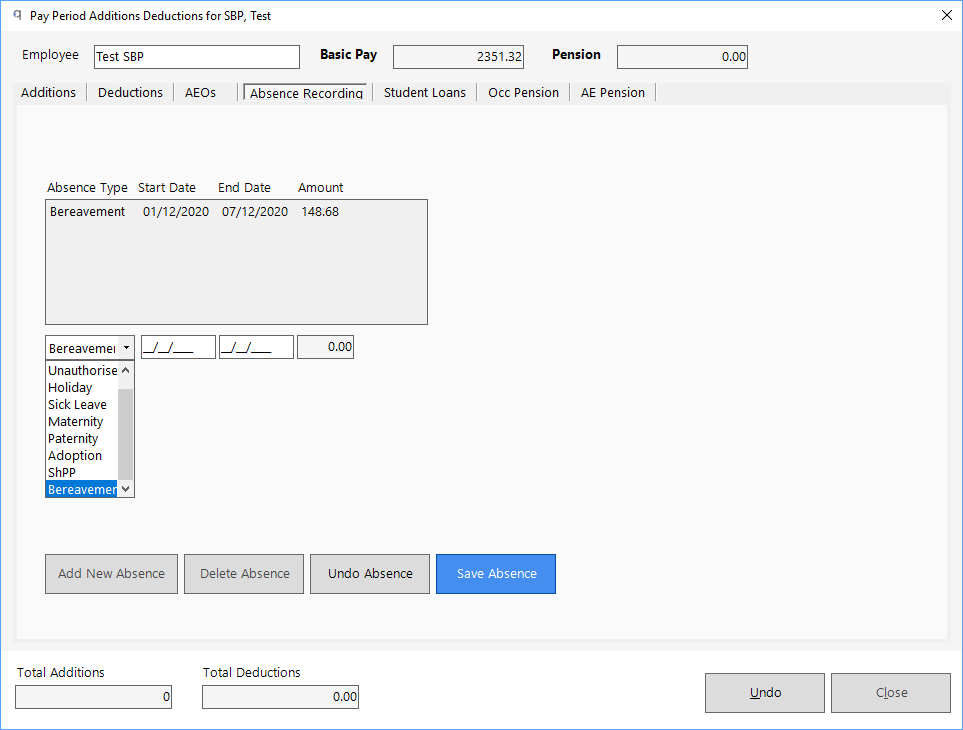 SBP can be found on the payslips as well as all other reports which include statutory payments. 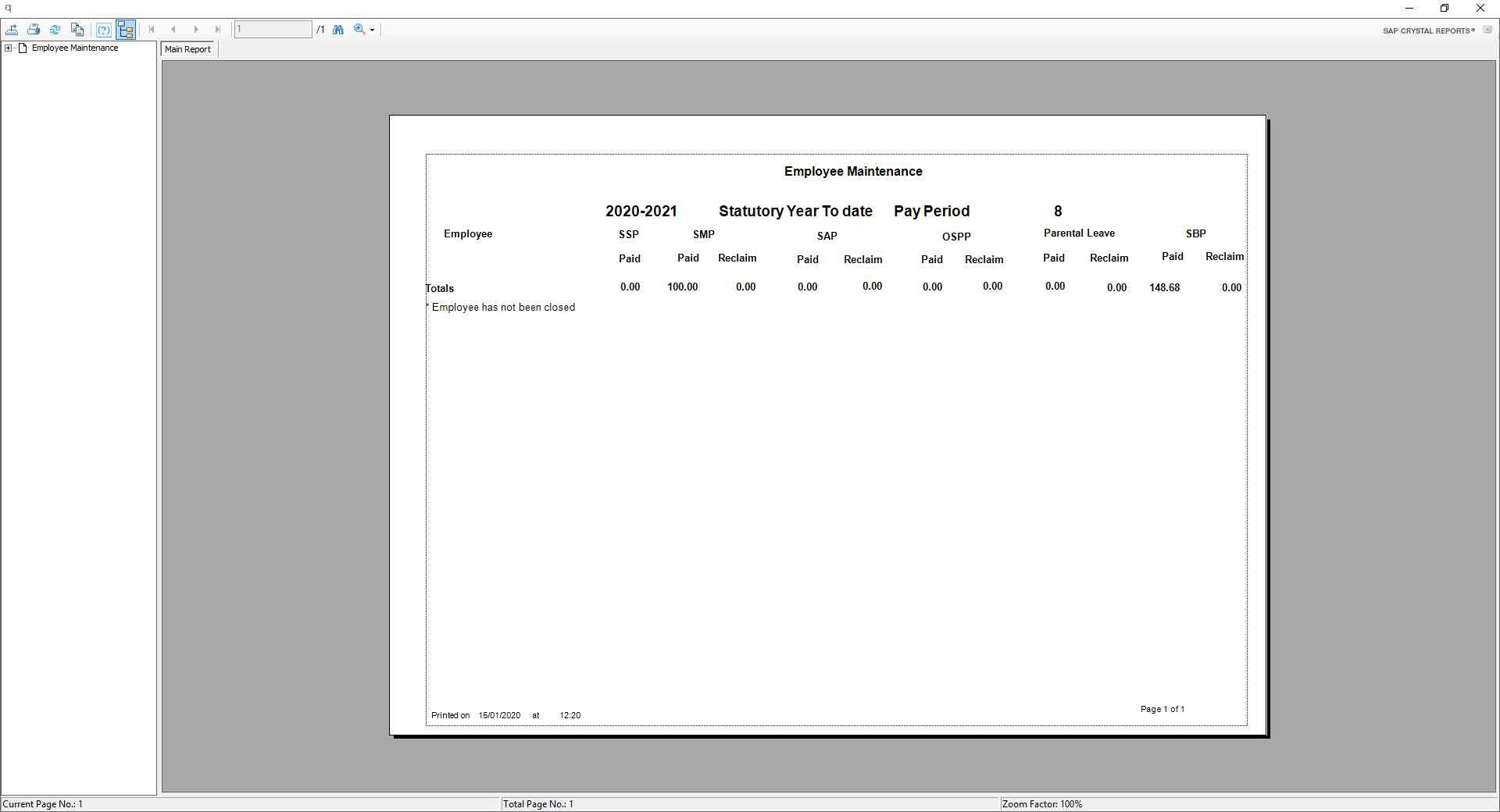